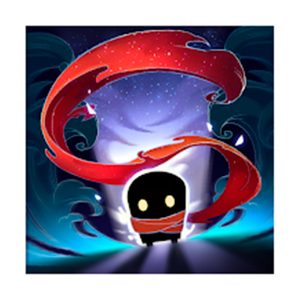 “This is the age of the sword and revolver. The magical stone that kept our world in balance has been stolen by a high-tech alien race. The fate of the world hangs in the balance. Will you be able to recover the artifact? It’s up to you…”

We just can’t accept it. So let’s shoot some alien henchmen!

Deep down, you’ve always dreamed of a game like this. Explore dungeons, collect crazy weapons, dodge bullets, and shoot everyone! Intuitively simple controls, incredibly smooth and engaging gameplay, and lots of different tricks.

Players have over 170 weapons to choose from, randomly generated levels, and various playable characters, each with their skills.

The gameplay is based on battles with all sorts of evil spirits. You take control of your character with a weapon and go crushing your enemies. The locations are interesting enough, and there are barriers and the ability to dodge the enemy’s attack. The same enemies do not just die, after mopping up one location, new characters appear, and they also need to fight. After that, you will be able to go further and clash in battle again. Actually, but this built the entire game – you go to the level, gradually pass-through locations, and collect resources from the items. Then, when the level is passed, you can visit the tavern, get some information, buy items, or take the job. The developers have even gone to great lengths with the story, which you can catch a glimpse of here. Quite good, considering that this is a mobile game with fairly simple graphics.

To move your character, you will use a virtual joystick. This is not a new element. In similar games, constantly use this control option. For shooting or hitting, there is a special button in the right corner. There are also additional keys for special attacks and so on. Nothing complicated, and our character himself aims at the enemies. You need to press the firing button. Unfortunately, the product doesn’t support input from the gamepad, so you can’t play on the joystick. It’s a pity, but the game perfectly suits this kind of control.

Unfortunately, if the game comes out on the conditionally free monetization model, there is always a donation inside. And here it even affects your chances to defeat your enemies – you can buy a lot of resources for real money and then pump up your hero, or buy a new one with a large set of cool skills and characteristics. This slightly spoils the feeling of the battles, but, in general, the big problem is not. You are playing for yourself and the soul, so investing money in virtual currency purchases is unnecessary. You can achieve everything here on your own without investing money.

The walkthrough of the project turned out to be quite hectic and unaccustomed. There’s no level of difficulty, so that I can say that this is a hardcore project. No, our hero aims himself. All we have to do is move and shoot enemies. But there’s also no level of customization that you will pass out from the next improvement of your hero. It turns out a pretty good game for those who want to get an RPG for a smartphone and fight with virtual enemies in a pixel world. The rest of the novelty will not be exciting, as the developers have not brought the plot or exciting gameplay either.

Got a problem? Visit https://soul-knight.fandom.com/wiki/FAQ or https://www.speedrun.com/soul_knight/forum or contact developers in-game by going to Settings > Help & Support.