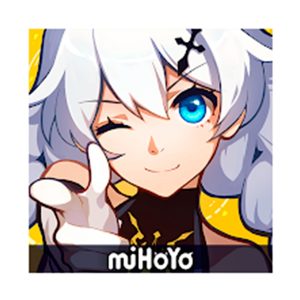 Honkai Impact 3rd is a free-to-play hack’n’slash mobile role-playing game developed by miHoYo. In 2016, the game was announced in China and won the favor of many users with its extremely high level of graphics at the time.

The game has an Artificial Intelligence assistant, highlighting and promoting the right actions Ai-Chan even has a sense of humor, which adds to the positive impressions that will arise from other aspects of the game.

The game is notable for its variety of genres, from hack ‘n’ slash and social simulation to elements of bullet hell (shoot them up, in which most of the screen is often, almost entirely, filled with enemy bullets), platformer, shoot them up and dungeon crawling, using numerous single-player and multiplayer modes.

In Honkai impact 3rd, the player controls a team of 3 characters, known as “Valkyries,” in real-time battles against numerous opponents. During combat, players are free to move their character around the battlefield and switch between their three deployed Valkyries to adapt to different types of opponents.

Each Valkyrie has unique attack, evasion, switching, and ultimacy skills and a character type based on the rock, paper, and scissors system to fulfill different roles on the team. Valkyries’ characteristics and abilities can be customized with various weapons and equipment, which can be improved using in-game resources.

New equipment (known as “Stigmata”), weapons, and Valkyries can be obtained either through in-game crafting or through the gacha system.

The game’s single-player modes include the “Story” campaign, consisting of short levels marked by cutscene dialogue and splash screens. “Chronicles,” a series of short side-scenes that explore the stories of the Valkyries. “Open World,” which allows you to explore a large open field to gather materials and perform various tasks in conjunction with your storyline.

The game features various multiplayer cooperative and competitive modes, such as “Cooperative Raiding,” where players team up to unlock legendary weapons. “Memorial Arenas,” where players compete against a set of bosses for the highest scores. “Sea of Dirac,” where players try to go as far as possible through a series of battles to compete for the best results. Players can join groups of other players, called “Armadas,” which provide more activities and rewards. Armadas allow you to request materials and resources from other players in the armada.

The game is written on the Unity graphics engine, and it’s worth noting that developers miHoYo are releasing a Genshin Impact game this year for PlayStation 4-5, Nintendo Switch, Android, iOS, Windows written in Unity. It looks like Chinese and Korean developers are steadily strengthening their position in mobile and other segments.

Got a problem? Visit https://honkaiimpact3.mihoyo.com/global/en-us/fab or contact developers in-game by going to Settings > Help & Support.