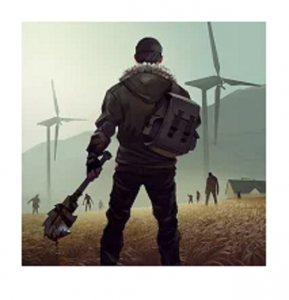 Last Day on Earth is set in a post-apocalyptic world: in 2027, there was an outbreak of an unknown infection that wiped out almost all of humanity instantly. But this was not the end of the disaster – all the dead began to turn into zombies, and the few survivors, whose blood had a resistance, are trying to survive on the ruins of civilization.

And now the survival of the character is only in your hands! Keep track of his vitals, such as hunger and thirst, collect valuable resources for crafting, create a variety of weapons and even vehicles, or use handy tools – a bat or a road sign – everything will help kill a dozen…hundreds…thousands of dead!

Overcome uninvited guests of your domain not only with force but also with cunning – build fortifications from traps or go on raids on the territory of other survivors for rare loot and resources. After all, what people are capable of for the sake of survival.

And hardcore gamers will have plenty to do in the gritty seasonal locations. Before embarking on a desperate journey, equip your survivor with the most teeth-crushing weapons for hunting wild animals and destroying crowds of mutated zombies! Get to the seasonal locations by transport, which is also available for crafting. In addition, walking behind the wall in the east of the map, you will get to an online location, where, wearing a special exosuit, you can interact with other players.

Explore the vast and elaborate world of Last Day on Earth! Upgrade your hero, set up your home, and loot abandoned areas, hunt wild animals and other survivors. The new world has new rules – the rules of survival at all costs.

The gameplay is quite exciting, and on the mobile platform, I have not seen this yet, although on the computer, of course, you have definitely already played this. We are given a character in the middle of the game world, naked and barefoot, who must continue to survive on his own. We need to find at least some clothes and a maximum of resources to create something new, then engage in collecting – picking up branches, ripping grass, and picking berries. In general, we take everything that can be useful in the future and are actively engaged in crafting – made a pickaxe and can chisel rocks, earning resources for further crafting, we can mine ore, and so on. Having chopped enough wood, we make a house and put different tools inside to process food, wood, or metal, put a shower and stuff like that, make our home as comfortable as possible. In this respect, the game gives us just a huge range of options.

If I understand correctly, other players can join the server and either destroy us and everything we’ve built or be friends and fight together. So far, I have not met the players, and this game experience is not important to me, but I’ve seen zombies who want to eat brains on the spot. There are many of them here, and by killing them, you can also get some resources, so do not run away and do not hide. The more zombies at the initial stage of the game die very quickly. You can also hunt animals around, but it’s not so easy – animals quickly run away.

The game gives you a huge range of possibilities for upgrading – as you level up, you get new blueprints for crafting. This includes clothing, new tools for hunting or gathering resources, various decorations for your home, and necessities like a campfire or metal stove. It all requires your level, which means you have to keep chopping trees, gathering resources, beating zombies, and crafting, and then your character will be more suitable for survival than newcomers. This is an important point – just run around the map and look for other people’s buildings to destroy them is not worth it.

I liked the product very much. It is what attracts attention and brings fun. Here you can run around the map and get experience from collecting resources or mining them independently, from crafting and battles with enemies. You can build your house, then improve the walls and other details to a stronger level and not worry that someone will break into your dwelling and steal all the resources hidden there. The game gives you freedom and choice, and it’s a lot more fun to survive that way. So if you are a fan of the gameplay and this genre, I highly recommend you give it a try.

Got a problem? Visit https://lastdayonearthforum.com or https://kefirgames.helpshift.com/a/last-day-on-earth/?l=en or contact developers in-game by going to Settings > Help & Support.