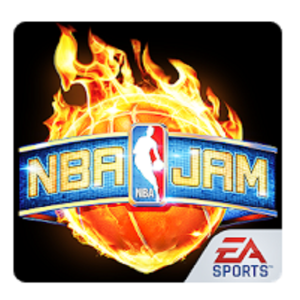 NBA JAM is a revival of the famous arcade basketball, which was very popular in the early 90s. The game may be simple, but it is very stylish, beautiful, and filled with a basketball atmosphere.

Keeping the foundation of the game system, NBA JAM will allow players to take rapid shots to the basket, culminating in a luxurious “dunk.” In addition to the familiar classics, NBA JAM will introduce fans to new characters, new modes, and new game system features.

The game features not too strict rules, network or local multiplayer modes, controller support, and Android TV. In essence, it is a port of an arcade game from the 90s, which is worth its money due to the quality implementation.

Got a problem? Visit https://www.trueachievements.com/game/NBA-Jam/forum or https://help.ea.com/uk/nba-jam/nba-jam/ or contact developers in-game by going to Settings > Help & Support.