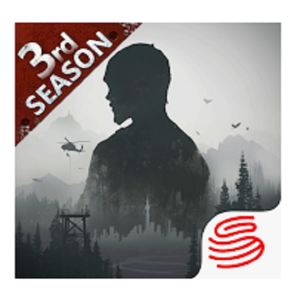 Not all mobile game developers manage to attract users’ attention with their products for one simple reason – some projects do not stand up to criticism. However, if you want to play something cool and unusual, we have great news for you – there is a very cool project that deserves players’ attention.

LifeAfter is an action-MMORPG game with elements of survival in the post-apocalyptic world populated by zombies and mutants. According to official data, the game was released on April 18, 2019, under the publisher of the Chinese company X.D. Global. The developers, as you probably already realized, are also Chinese – NetEase Games. The game is available completely free for Android OS, iOS, and Windows users.

The gameplay of this game does not differ from most other projects about survival. In LifeAfter gamer has to look for resources that are then used for crafting, you need to get the food, collect various items that may then be useful, build their conditional shelter, etc. If you have played on the PC in such games, you understand how the process of development of the character. In this game, everything is implemented in the same way, so fans of survival projects will be satisfied with what is happening on the screen. There are many activities, all of which are captivating and bring a lot of positive emotions from the gradual development of your character. Yes, there is no advanced construction as on PC, but otherwise, the game is almost as good as its big brothers in the genre, which is a serious advantage, in fact.

It is worth understanding that LifeAfter is a role-playing project with a third-person view so that nothing surprising in terms of control or interface the product does not. On the screen, the user has a stick to control the movement, plus with swipes, you can change the camera angle to see what you are interested in. What’s more, the developers are pleased with the rather large number of controls in the interface, which are literally scattered all over the screen. At first, it doesn’t seem very convenient, but you gradually get used to it, and you start to understand that certain buttons are really useful. However, as I said, the game didn’t show anything new in terms of controls because the product is limited in terms of touch screen controls. On the other hand, if you want to play comfortably, the game won’t bother you – there are even control settings.

The developers were able to please us with a quality product that is downloaded absolutely free and with almost no pressure on the player with built-in purchases. Yes, here you’ll obviously want to throw in money to get unusual items or unique equipment, but if you’re a big fan of something cool, then you can safely start playing – you’ll still get it, just a little later than the player who threw in his money. Everyone is advised of the game – very cool and exciting.

Got a problem? Visit https://www.safestroke.eu/elasf/ or https://www.stroke.org.uk/professionals/life-after-stroke-services or contact developers in-game by going to Settings > Help & Support.