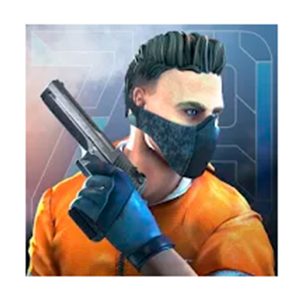 Standoff 2 continues the tradition of the first part in a new format for the first-person shooter series. Choose a mode, grab your favorite gun, and quickly engage in battle!

Battles take place worldwide: from the narrow streets somewhere in Italy to the secret laboratory in the mountains. As well as the series’ new maps, you’ll also see the return of the classic training Outside and Arena in their updated form.

There’s also plenty to fight with. Over 20 weapon models are available to choose from right from the start of the game. Take what you like and go firing!

Your favorite gun can be decorated as you want: the game has a huge variety of skins and stickers. Experiment and show off your combinations to the other players!

Brag about your skills as well. Participate in competitive matches, where the stakes are not only victory but also your rating. Can you become a Legend?

Playing with your team is not only more convenient but also more fun. Create your own clan and invite your friends to play as a group!

And all of this in a variety of modes:

The gameplay is presented in a rather exciting way. In fact, it is not different from the “big” shooters, which is very nice. For virtual battles, you have three modes – the first is a classic, where the team fights against the team in deathmatch mode. That is, as soon as you die, the character is immediately revived. The second mode repeats another classic mode from the shooters about setting the bomb – one team puts it, and the second is trying to prevent this or demining explosives. The third mode is an analog of the arms race. When you kill, you raise the level and are given different weapons. The player who gets to the knife and kills a couple of opponents will be a winner. There are already enough modes, but I feel that there will be more in the future. In this respect, we liked the game. They don’t let us get bored at all.

Of course, most shooters have control problems since a person only has two hands. You need one to control movement, the other to aim. But there is nothing to shoot with, so you have to twist and bend your fingers. It is rather uncomfortable, but here the developers tried to solve the problem and gave many opportunities for customization. You can rearrange the buttons, expand zones, and everything in this vein. Fortunately, after a couple of hours of training, you’ll get used to it and fight with great pleasure, which is very rare indeed.

The most important thing is that in this game, you do not get anything that has any effect on the gameplay for real money. All weapons are available at once. You can’t improve them or buy new ones. For real money or in-game currency, you can only buy skins to make your weapon look more attractive. This is a rarity for shooters because the game comes for free, and the developers have done a tremendous job, but they don’t want to earn any real donation. Skins look attractive, they give you many opportunities for self-realization, but they don’t give you anything in combat.

Step into Standoff 2, pump up your skills, earn rank and earn seasonal rewards!

Got a problem? Visit https://standoff-2.fandom.com/wiki/Standoff_2_Wiki or contact developers in-game by going to Settings > Help & Support.

Related Video: A Serious Critique of Last Day on Earth