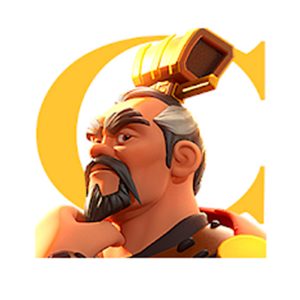 Their glory has not faded in a thousand years.

Their bravery has only been strengthened by the cold winters and long nights.

The Vikings are waiting for a new king!

The Vikings are back!

Write the history of your civilization. Raise it from the depths of oblivion to shining heights. Will you start a major war and take over the world? Will you become a virtuous ruler and become famous for your wisdom and sharp mind? Will you travel to unknown lands in search of a new dream? Or will you devote yourself to helping your people?

Choose any one of twelve civilizations (the Vikings are back!) and transform it from an ordinary tribe into a great power. Each civilization has its architecture, unique warriors, and special advantages.

Battle results are not calculated – battles take place on the map in real-time. Any player can exit or join a battle at any time, making the game similar to real-time strategy. Is your ally under attack near you? Send troops to the rescue or suddenly attack the aggressor’s city.

From Richard I to Ragnar Lothbrok, dozens of historical figures are your loyal commanders. Upgrade your commanders by sending them into battle, defeating barbarians, and improving their abilities like an RPG with the Talent Tree and Skill System.

The game’s action takes place on one huge map with all of the players and playable characters. No separate bases or battle screens. For the first time in mobile games, an “infinite zoom” is implemented – you can freely move from the general view to individual cities and barbarian outposts and back again. The map contains natural obstacles (such as rivers and mountains) and strategic passageways that must be captured to access neighboring regions.

The world of Rise of Kingdoms is covered in a dense fog. Explore abandoned temples, barbarian strongholds, mysterious caves, and tribal villages, learn more about your enemies and prepare for decisive battles! Send scouts into uncharted lands and find hidden treasures there.

New orders can be given to troops at any time. This gives players almost endless strategic options. Pretend to attack a town and then join forces with an ally to claim the pass. Send your troops out to gather resources from the map and smash a couple of barbarian clans along the way. Armies can also be divided up between commanders to do several things at once.

It’s all about teamwork – the alliance chat with its built-in translation feature, officer roles, map tags for coordinating actions, and much more! Don’t forget that teamwork brings group achievements! Expand your alliance territories to gather more resources and occupy mountain passes and barbarian outposts to fortify your positions.

Fight with your alliance to take control of the kingdom. Compete against other players and use clever tactics to win big battles. Rise to the top and write your name in golden letters in the history of the kingdom!

Got a problem? Visit https://rok.guide/contact-us/ or contact developers in-game by going to Settings > Help & Support.

Related Video: A Serious Critique of Rise of Kingdoms