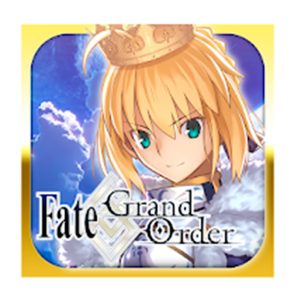 Fate/Grand Order immediately throws the player into the twists and turns of the plot, which is presented here in the typical visual novel form. You are a member of the world’s coolest organization, which consists of the best magicians and scientists on the planet. Yes, it may seem trivial from the outside, but in fact, thanks to the excellent presentation, you really believe it, and it does not cause questions. That is, you’re not just put before the fact and throw to work in the “field”. But they introduce you for a long time, explaining what principles the organization is built on, introducing you to the team, and telling you exactly what your role is. And it works damn well – you get immersed in the game, you start to think in its categories.

The mechanics of the game are Quick, Arts, Buster:

A good, long and convoluted plot with betrayals and friends is great. But what is the user being asked to play? At its core, Fate Grand Order is a jRPG with flecks of visual novels.

Each duel is a small playing field with three fighters from each side. The user still can keep 3 characters in reserve should any of the active heroes become exhausted. The battles themselves are turn-based, where the sides have 3 strikes per attack phase.

It would seem that everything is quite simple and even primitive, but the situation is overturned by the falling out cards. When a player wants to attack and presses the appropriate button on the screen, five cards will appear in front of him. These cards determine which fighters can attack and which will stand aside. The cards are divided into three types: Quick, Arts, and Buster. When attacking an opponent, the first ones give critical stars, the second ones significantly fill up the servant’s special attack scale, and the third ones provide the strongest blow. The fact that each character has his specific abilities adds to the tactic.

Another important aspect turns out to be the characters’ special techniques, the celestial phantasm. This is one opportunity to quickly turn a lost game around for yourself, defeat your opponent in one hit, heal all the characters on the field, and apply buffs or debuffs. All that remains is to fill up the fighter’s celestial phantasm scale, but no one will tell you how to do it quickly.

Overall, Fate Grand Order is a decent game, especially on mobile platforms. Its monetization is moderate and does not interfere with the enjoyment of passing new story arcs and thematic events.

Got a problem? Visit https://community.gamepress.gg/c/fate-grand-order/20 or https://fate-go.us or contact developers in-game by going to Settings > Help & Support.