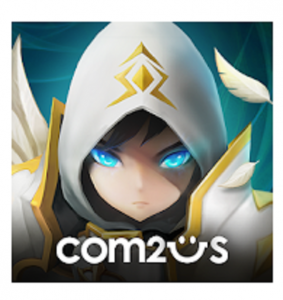 Summoners War is a project by Com2uS, which is a mixture of such genres as turn-based strategy and MMORPG. The game was released specifically for mobile devices based on the Android and iOS operating systems.

The mechanics of the game are both complex and simple. Simple because the battles are staggered, just like in good old Heroes of Might and Magic. Complicated – because there are so many units, each with individual abilities and forms of rebirth, which become available when a unit reaches the maximum level. Here we’ll also add a runes system, which strengthens your army, the possibility to “sharpen” (strengthen) these runes. And even seasoned construction and development of their city with lots of buildings, plus PvP-battles, live chat, full 3D, excellent graphics, and then we get a great online role-playing game Summoners War: Sky Arena!

Let’s start with your city. Visually, it’s an island floating in the clouds. The heart of the city is the summoner’s tower. Defenders are placed here in case other players attack and resources are stored. The second most important building is the Manna Pond. Manna, by the way, is the main resource of the game. It is extracted both through the pond and through battles. Naturally, through battles, the filling rate is much higher. The next buildings are the summoning and enhancement portals. As you play the game, you will come across summoning scrolls. Activating them will summon a creature with a random star level (the local index of uniqueness). The most common summon scroll summons a monster with stars from 1 to 3, the mystic scroll from 3 to 5. But all summoned units will be level 1.

We remember that this is a pretty serious and elaborate game, don’t we? That’s why creatures here aren’t limited to attack/defense alone. There’s speed (determining how often a unit moves during combat), critical hit chance, and so on. The units have roles immediately assigned, e.g., support, tank, and so on. By the way, the game had 528 unique monsters at the time of writing.

This version of Summoners War contains a couple of dozen locations. Plus more multi-level dungeons. If the game’s main plot develops in the above-ground locations and a lot of experience is gained, that is. Basically, your army is pumped there. Then the dungeons are visited for resources necessary for the rebirth of your monsters in the following forms. It’s like with Pokémon:) It’s worth noting right away that dungeon bosses are much stronger than their “above-ground” counterparts.

What can I say about PvP and, in general, the online component of the game? First, without an internet connection, the game will not run (by the way, when you first run, the game downloads about 300 Mb, be careful with the mobile traffic). The game has a full chat with different channels. There are guilds, and there is an arena where battles with other players bring glory points, which affect the rating and can be spent on all sorts of improvements. As already mentioned, this is a full-fledged online role-playing game.

As for the donation, we can say the following: it does not interfere with the game. Built-in purchases at the level – if you want to be the strongest among the rest – please pay and be:) But if there’s no need to be at the top of the rankings, then no one will ask for money. Everyone plays for his pleasure. There is built-in advertising, but it is shown when you first start the game and then do not get bored.

<
Can you crush the enemy and liberate nations around the world? Will your tactics work?

Got a problem? Visit https://customer-m.withhive.com/faq/game/313/C or contact developers in-game by going to Settings > Help & Support.