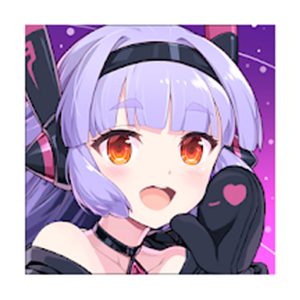 Epic Seven is a fascinating 2D project in which the main movement is only forward or backward. However, each mission is a kind of maze with many different paths, which can sometimes lead to a dead-end with formidable monsters or valuable rewards. A simple animation accompanies every normal action of your characters or enemies, but as soon as you use special skills, a 3D reel with a beautiful game scene launches. Just like the game, all the storyboards are done very qualitatively in a unique Korean style.

The main task of the player is to collect new characters and improve them in various available ways. This is necessary to complete the main story campaign as a team. Each hero belongs to a certain class. If you develop the hero to a certain level, a special awakening option becomes available, changing his appearance and improving his stats.

There are more than 300 different characters in the game. Each character has a unique character and a set of different emotions so that the player, after meeting him, can easily remember him, for example, because of their unusual behavior. There is also a special personal story system associated with the characters, which tells the users his story through unique missions. These quests are revealed gradually as new updates are released so that players have time to enjoy the walkthrough.

There is a relationship system between the heroes – trust, which shows how effectively they will behave in battle if put side by side. Trust has three main statuses:

All items sold in the store for real money can be obtained in various adventures. The main emphasis in the game is on character development rather than getting it. Therefore, the game has a system that allows the player to summon new heroes. But the system is designed to summon the desired warrior.

Overall, the game is quite exciting and addictive.

Got a problem? Visit http://bit.do/https-www-neoseeker-com-f-epicseven or https://help.onstove.com/mobile/faq/serviceMain/page?game=1808080001 or contact developers in-game by going to Settings > Help & Support.