Yakuza 5 is an action-adventure game with RPG elements [1]. The story takes place in Kamurocho, a fictionalized version of Shinjuku’s Red Light District. In the fifth installment of the series, players will be able to explore various parts of Kamurocho from all four cardinal directions – East, West, North, and South. Each location has its own specific store types and different side activities that can be accessed by talking to people on the street or taking a taxi ride to a new area.

How many revelations are in this game?

In this game, there are 2 distinct types of Revelations:

All playable characters has a cutscene Revelation that must be discovered in the city at a specific moment. You’ll see a scene, then press 3 button prompts. If you hit them all correctly, you’ll have a flash of insight, blog what you saw, and earn a new fantastic Heat Move.

16 new weapons are classified as Revelations. Each of the male characters has three of them. You must strike your foes with specific weapons, particularly the strong attack. 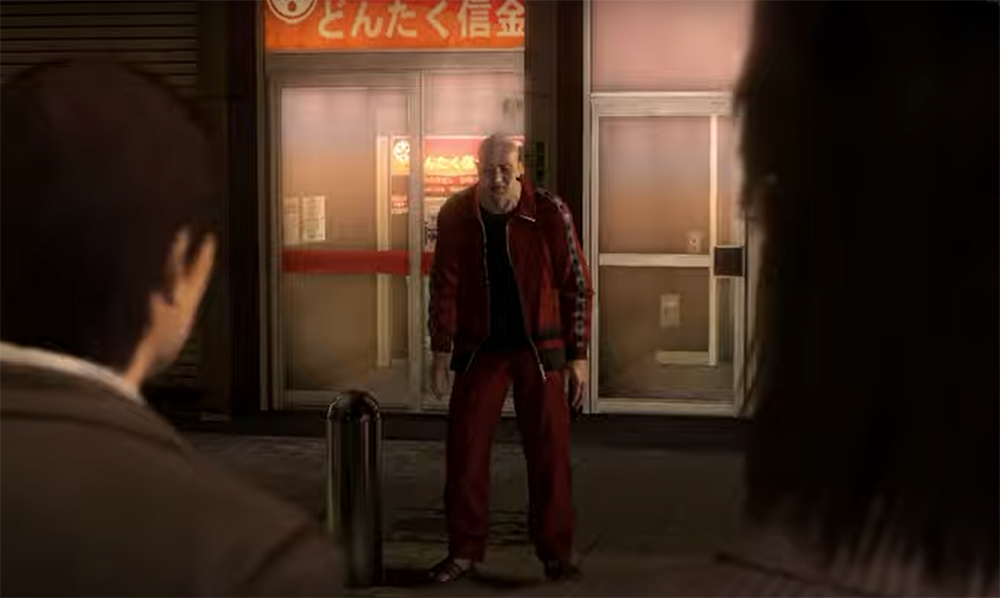 You’re seeking a cut-in of your character’s face after hitting the enemies numerous times. That indicates you’ll discover a new heavy attack by learning it (do not just use the Heat Moves!) [2].

What are revelations and where should you find them in the game?

Revelations can be easily obtained in two different ways. These are the special events, which usually include in-game characters and monsters. You may get special weapons only after finding and completing these events. Also, the proper finishing of the Revelation events allows you to use some of the new Heat moves on that character.

Tips for users: the Mack’s Substory should be completed before these special events can be accessed and you may receive different weapons.

The majority of the Revelations requires from gamers to use certain button appearing on the screen. Revelation won’t happen if you fail to press these buttons as the game prompts. However, if you fail, you may simply walk a short distance away and try once again. The attempt at The Revelation will resume as many times as you need.

Revelations are a tough challenge. You may need to try various approaches to no avail. Heat moves may not appear to work; stick with basic attacks and strong attacks instead since the Heat attack destroys weapons in one shot. When you finish a weapon, a tiny image appears on the screen showing the character’s eyes. Then you may press LB and Y (on Xbox) for an alternative attack. 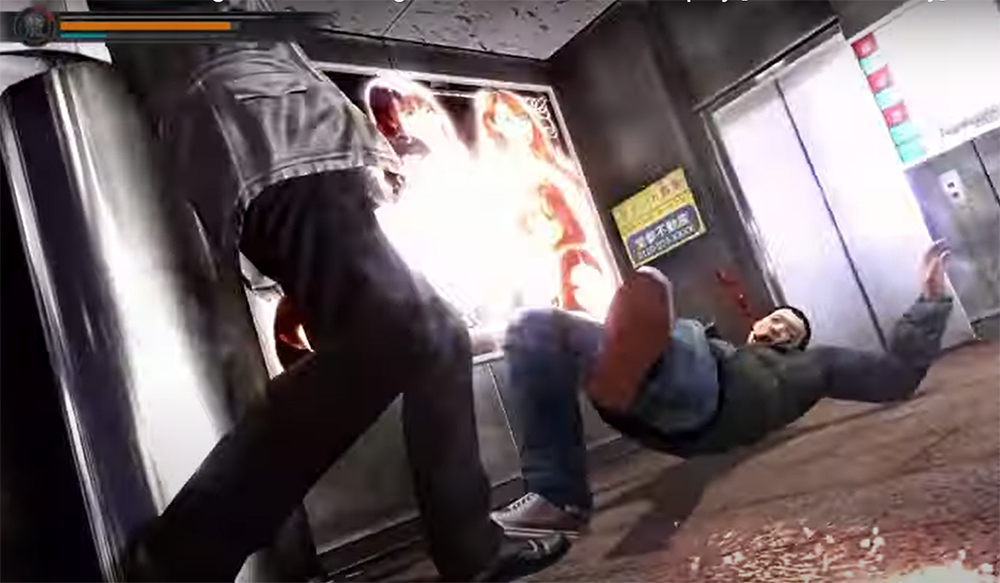 Revelations are typically discovered during Part 1: Chapter 3, after finishing the interesting side story called Substory with Mack (who is Kiryu’s former buddy). This rapid operation enables you to find out about Revelations across the city once it’s done [3].

The Location of All Unique Yakuza 5 Revelations:

There are three distinct Revelations revolving around weapons. First, there is the plastic bucket. This is a trashcan that is large and round in shape. It’s located on West Goin Street. You should check the location near a specific vending machine. You may wait until late in the game for the Coliseum to open [4].

The next location that you should check is the North Nagasu Boulevard. It can be found outside the store called Nagasu Parlor Club. It gets pretty easy from there – just check the only NPC here.

The event of the same name by Kiryu may be found in Nagasugai at Modern Street. There’s a guy attempting to grab a lady close to a car. It’s the young girl from before, and she’s being stalked again. Approach the pair and engage with them to obtain the Revelation.

The first Minor Revelation is triggered when you complete the Snow Festival Performer. This NPC can be found at the Main Street Public Park (check the North-East region). Leave and return after completing the Substory to see the performer standing on top of a huge snowball. Interact with him for this Revelation. 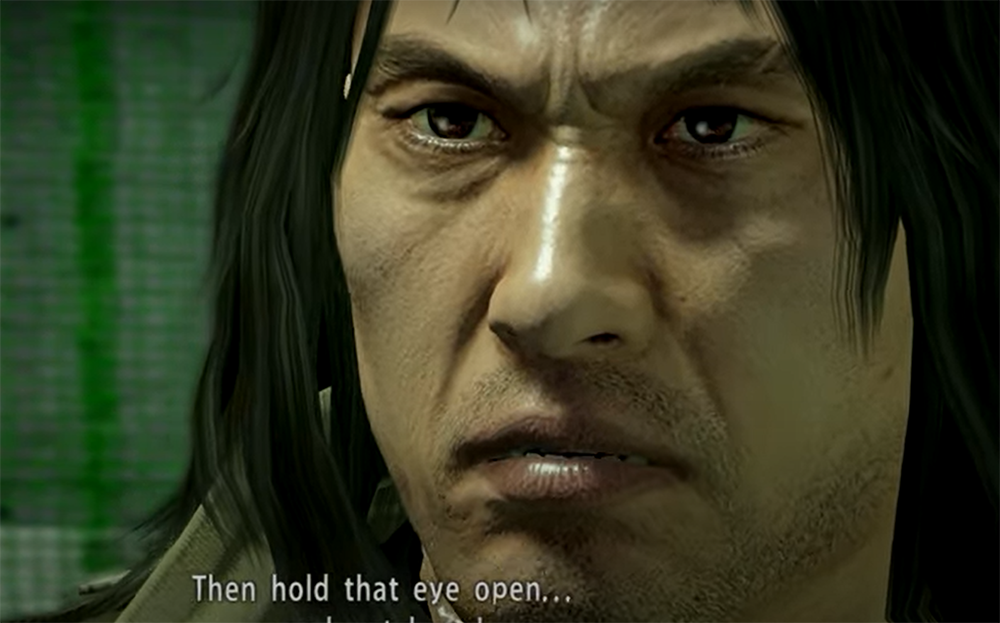 Also, check the bucket for Saejima in the Revelation series. It’s the same blue trash cans, just with another color scheme. There are three of them in the Main Street area.

Tires are the simplest Revelation. There are many bikes parked outside the Kamurocho Batting Center, but they’re also in Tsukimino.

Revelations are a Bike and Beer Crate combination, as well as a Bowling Ball. It’s probably best to wait until Kamurocho or the Coliseum opens up.

About 3 minutes after you’ve completed the Okonomiyaki Performer side quest. Then you should return to the area around the next time (when it’s the day). It should happen in the Part 3: Chapter 4. To obtain the Revelation, examine the merchant who will gladly trigger this event for you.

Wait a few moments after finishing The Sweet Spot, then return to the batting center. Pedro is going to train for this Revelation. 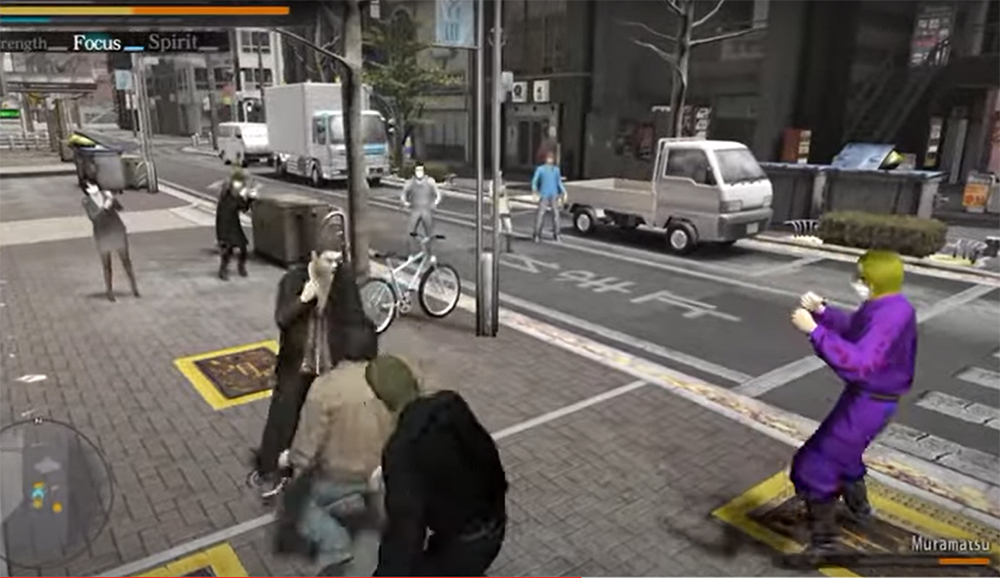 It is possible to obtain four attachments for her. Her first Substory is the single Revelation, which she obtained after completing Starbound. Ulala may be found on Iwao Bridge – but it can be possible only if you complete the Substory. Only then you may travel to the same bridge where you met the huge lady – go to Iwao Bridge to find Ulala! X/A combo should be used to look at her, followed by pressing three buttons in a row.

1. How is Yakuza 5 different from Yakuza 5 Remastered?

There’s a significant graphical upgrade over Yakuza 5 thanks to the new engine. While previous installments appeared outdated even with the enhanced upgrades, Yakuza 5 Remastered now looks only slightly behind Yakuza 0. The animation is also improved, and even pedestrians seem less wooden. Some minor characters still look below average, particularly because of their hairstyles that just don’t move. However, they appear to be far more realistic than Haru’s ponytail, which acts as if it were on its own unique dimension plane and never quite catches up with her head moves [5].

2. How many protagonists are there in Yakuza 5?

According to Famitsu, 5 main characters of this game include:

3. Does Yakuza 5 have any missable trophies?

Almost all Yakuza 5’s missable trophies are connected to weapon manufacturing. You may lose or sell crafting materials that you only receive one of. It appears that a karaoke song is also missable if you fail to complete a Haruka event [7]

4. How many homeless people are there?

In Yakuza 5, you’ll arrive at Bar Ambitious after Saejima’s tale. You’ll be sent to a homeless man known as Old Man Kiyotaka once you’ve had some pool playing and cajoling. He can be found on Kitokouji Street, and when you locate him, he’ll ask how many homeless people there are in the city. Answer correctly, and he’ll give you the information you need to continue your adventure.

There are a few options for this. A male NPC in a suit will be visible down the road if you go that way. He’ll tell you the answer if you speak to him. Alternatively, give money to the homeless man so that he may buy himself a drink, and he’ll tell you what you want to know. If neither of those alternatives appeals to you, enter 71 and carry on with your day.

Near Snow Festival Park, Old Man Kiyotaka will provide you with a photograph of a phone booth. You’ll answer the phone there and learn more about a lottery stand. From there, you’ll go to the stand and complete a series of questions (the answers are Bottom, then Middle, and then Top). Then you’ll receive a casino entry pass and be on your way back to Bar Ambitious [8].

5. How many parts does the Yakuza game series have?

As of 2021, the Yakuza series comprises 8 major games, each released following the previous one in chronological order (with the exception of Yakuza 0), as well as several spin-off games [9].

This particular game has a total playtime of 37 hours if you’re only focusing on the major goals. You’ll spend around 125 hours getting 100% completion if you’re a gamer who wants to see all parts of the game [10].

7. Does Yakuza 5 have premium adventures?

You won’t be able to sell weapons in Yakuza 5, so they’re ideal kept for the Kamiyama Works if you don’t need them any longer. Donate enough gold to achieve level 5, and the trophy will display [11].

Shigeki Baba is a minor character in Yakuza 5 who was introduced during the game’s first demo. He is one of Taiga Saejima’s cellmates at Abashiri Prison, and later becomes one of his oath brothers. Shigeki Baba can be at first seen as an inmate at Abashiri Penitentiary in the game. He actually shares the same prison cell with Saejima. He is the main protagonist of the story, who believes that he has been imprisoned for 10 years for the murder of a member of the Kitakata family and was recently transferred to Hokkaido to complete his sentence, eager to be paroled. Saejima becomes friends with him while they spend time in prison because they can commiserate about their yakuza heritage while having been kicked out of their families [12].