In the League of Legends before, there was a button to record the game in the game. Just “click the record button on the left to start recording the game”. Presumably many players often listen to this sentence, but how many people clicked to record What? Some players said that when the record button is clicked, the game becomes very stuck. Not to mention, the recording is usually from your perspective. Many wonderful kills will be missed, so some people think it is not so practical.

Some players will start the killing moment and will generate a video of their killing after a game is completed. After simple editing, they can share it with friends. Although it will not make the player feel stuck, there is a problem. The limitation of his perspective is that only his picture does not have other people’s.

At this time, many players will sigh, it would be nice if the game had a replay. Now, the League of Legends client has finally launched the replay system. The operation is simple and easy to understand. Whether you want to reminisce about the exciting battle, do in-depth replay analysis, or show off your highlight moments to friends, the newly launched replay system can help you It’s easy to get it done. 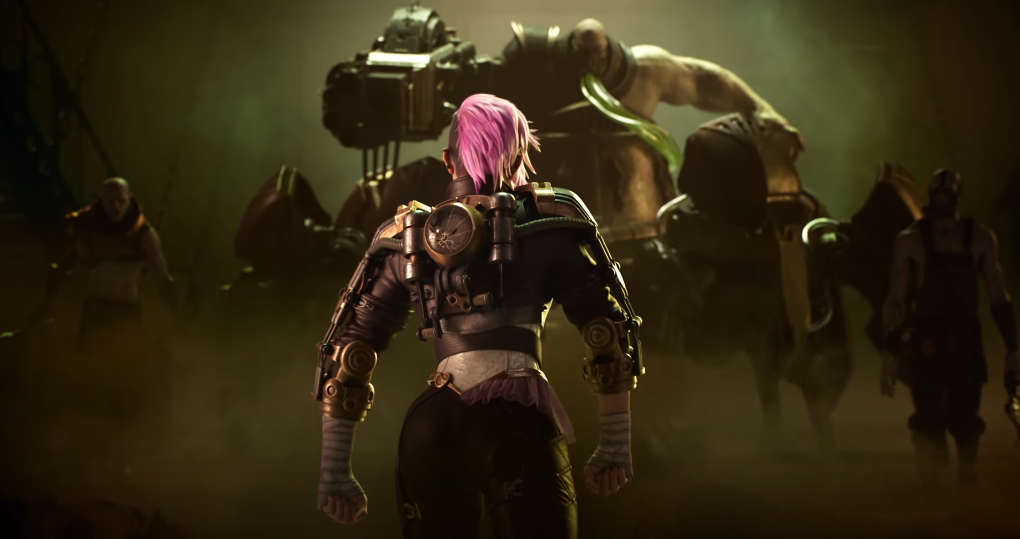 You can find this button on the settlement interface at the end of each game. Someone still wants to ask, what should I do if I accidentally exit this interface or want to download the previous game? Click on “Career-Game Record”, you can also download and play the video of the game.

Change the limitation of recording and broadcasting video: freely switch the player’s perspective, real-time display of battle data, and slow playback of key details. Relive the battle with a clear view.

Unlike the previous personal perspective, the playback function is more like an OB in a battle. You can freely switch the player’s perspective, and the data in the game can also be seen at a glance, which is more conducive to the analysis of personal and team problems. It is very suitable for team coaches and players who want to make progress through the battle. In-depth analysis of game data makes it easier to resume the game.

Through the lightweight video files, you can easily share your game with others, and you can also find the video of the great god at any time to study carefully. 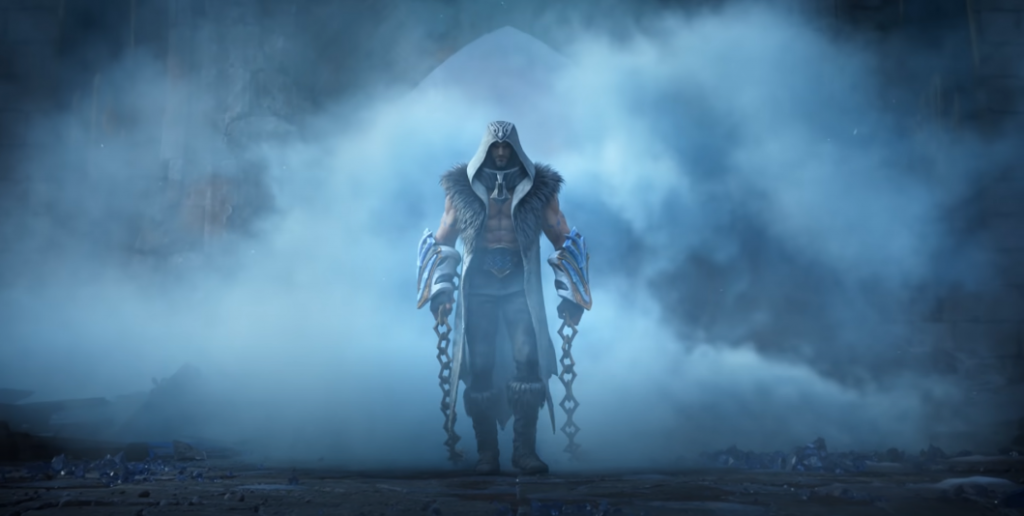 By default, the video files are stored in the user\"username"\My Documents\League of Legends\Replays directory on the C drive of the computer. Players can change the storage location of video files through the “Settings-Playback” option in the upper right corner of the client.

Players Can Also Play Video Files From Other People

Drag the video file to League of Legends\Game\League of Legends.exe in the game installation directory to watch the video.
The video file itself is lightweight and not very large, so even if you share it with your friends, you do not have to worry about the long transmission of the material. This is a very intimate place.

Highlight production function, be your director, show your highlight performance to your friends, and submit to video sites, it is also so convenient.

Players Can Make Highlights While Watching the Video

By clicking the red dot button at the bottom of the playback system, the current video can be screen-recorded and clicking the red dot button again to end the recording. The generated highlights file will be saved in the user\"username"\My Documents\League of Legends\Highlights directory on the C drive of your computer. You can change the storage location of the highlights file through the “Settings-Playback” option in the upper right corner of the client. 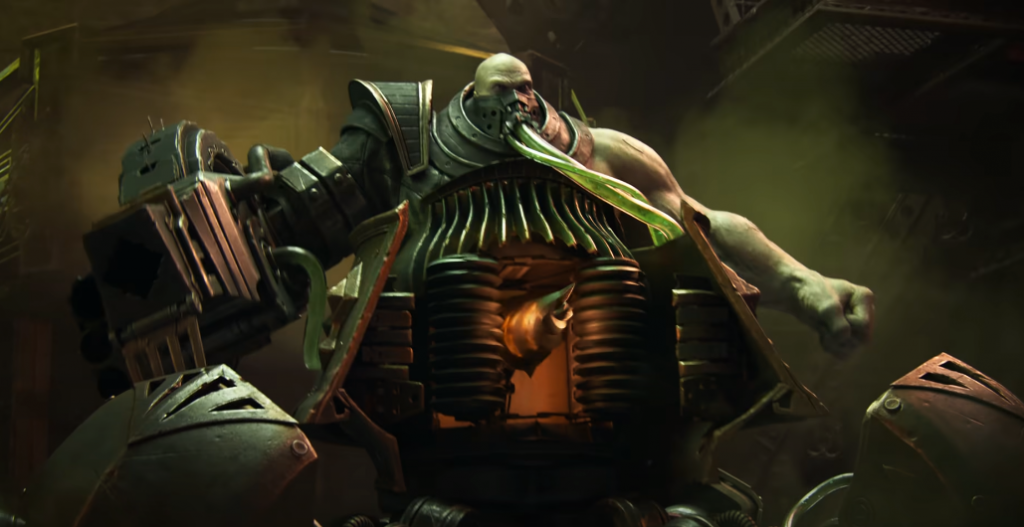 The production method is simple and easy to understand, it is as easy to master as the killing moment, and you will not hurry to try it when you see it!

To watch the video by dragging the video file outside the game, the text and voice will be changed to English. We are trying to fix this problem.

Video Can Only Be Played In the Current Version

When the video is inconsistent with the current game version, it cannot be played. You can preserve your highlight moments by editing highlights.

It is reported that the playback system in other regions will be gradually launched. I hope this somewhat late feature can be better in experience. However, compared to a company with a wealth of money and a powerful server, it is not a particularly easy task to make a video recording system.

Can The Previous Videos Work? When Is The Earliest Date Back?

The playback of the video file is restricted by the game version. When the video is inconsistent with the current game version, it cannot be played. The video of the corresponding version can only be played using the game of the corresponding version (for example, the video of the 7.14 version can only be played with the game file of the 7.14 version, and neither the previous version nor the newer version can be played). You can keep your highlight moments by recording highlights.

How Many Games Can I Save At Most?

There is no limit to the maximum number of saved sessions. Since the size of the video file is relatively small (about 4MB), as long as your disk space is sufficient, you can save as much of your game video as possible. Nevertheless, it should be noted that the highlights that you use the playback system to record are high-definition video files, which occupy more disk space than video files. When the disk storage space is insufficient, you can choose to clean up.

Which Folder Is The Video File Stored In?

By default, the video files are stored in the user\"your username"\My Documents\League of Legends\Replays directory on the C drive of your computer. You can change the storage location of the video files through the “Settings-Playback” option in the upper right corner of the client.

Can The Video File Be Opened And Played Anywhere?

After The Version Is Updated, Can The Previous Videos Still Be Viewed?

The game client can only play video files recorded under the same version. After the version is updated, the previous video files can no longer be played. It is recommended that you keep your highlight moments for a long time by recording highlights in the playback system.

Besides, you can use the recording function in the playback system to make highlights, and directly share the clips in your video files with your friends in the form of videos, without being restricted by the game client.

Where Are The Highlights I Recorded In The Playback System?

The highlights generated by you through the playback system can be directly browsed in “Career-Highlights”. The video files corresponding to the highlights are saved in the C drive of your computer. User\"Your Username"\My Documents\ Under the League of Legends\Highlights directory. You can change the storage location of the highlights file through the “Settings-Playback” option in the upper right corner of the client.

What are Other Methods of Recording Gameplays?

Screen recording. In case you do not want to use the LoL system of recording game sessions, you can make them with screen recording software. It is necessary to mention that you can record not only the game session but also everything you say to your teammates via microphone.

Streaming apps. Most streaming applications also have recording features. Moreover, they even have enough settings to make replays with proper sound levels.

Video editing software. Many video editing tools also have recording features. You can record your game session and easily add all necessary effects.