Until now, the runes were a completely non-interactive parameter table and played an exclusively passive role. Each character had its own top rune setup, which gave him the best bonuses, and choosing something other than optimal was a shot in the foot.

The new rune system incorporates the best of the talent system — interactivity — and consists of five distinct paths. Each of them is designed to highlight the strengths of your character without limiting your freedom to choose your play style. 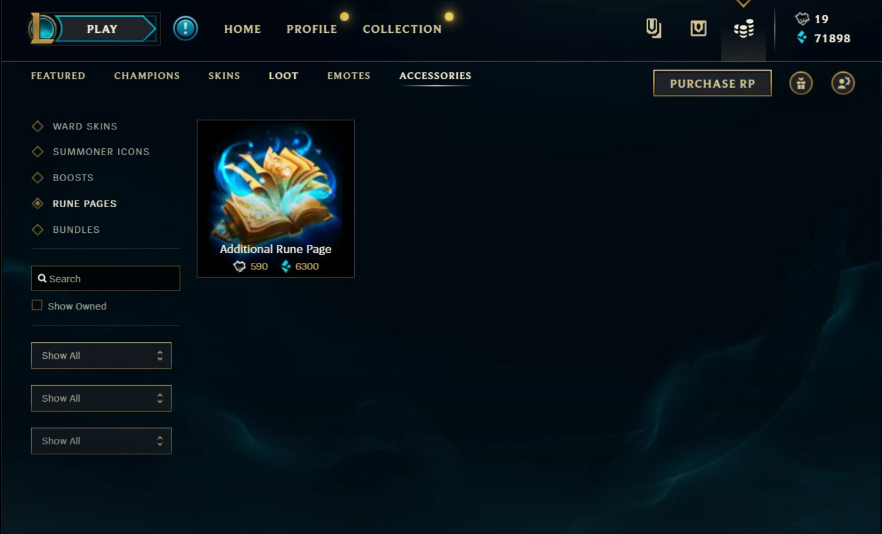 Before each match, you have to choose two paths of the runes — the main and the additional. In the main path, you choose four runes, in the additional only two. Which key rune will be available to you will depend on which main path you take.

Remember the talent system? It’s almost the same. Key runes are the most important in choosing your playstyle. In addition to one key rune in the main path, you can choose one large and two basic ones. The additional path doesn’t provide key runes; you are limited to one large and one basic.

Last update 7.22 brought with it the fact of a complete rework of the rune system. Rather, for the convenience of new players, they were combined with talents, and the talents themselves were abolished. After the update, 5 different branches of runes appeared, and each player can choose one main and one additional branch for a character.

Several key runes (3-4) are available for the choice of the player in the main branch of runes, which have a significant impact on the gameplay. Additionally, each player can choose 3 more standard runes. In the additional branch, you can choose 2 more common runes. Thanks to the rework, such a system is much more flexible than the one previously used by players in patches. All previously purchased runes will return to the player in the form of in-game currency.

The standard rune selection pages can be used for different champions, so at the very beginning you do not need to spend the earned currency to purchase new pages.

In the event that you still want to purchase several additional rune pages for your characters, then you can find the corresponding tab in the online store on the Accessories tab — Rune Pages.

Often, runes have a very significant impact on the gameplay, so the success of your champion on the battlefield depends on their choice. The runes are found in the customization section of the player profile in the Collection — Runes menu.

Runes are displayed as small icons. This was done so that players could compensate for some shortcomings of champions or, on the contrary, enhance certain characteristics. There are a total of 3 sets of characteristics and you can choose one characteristic from each set. Of course, these characteristics are not as important as the runes themselves, but at this point, you must definitely pay attention. 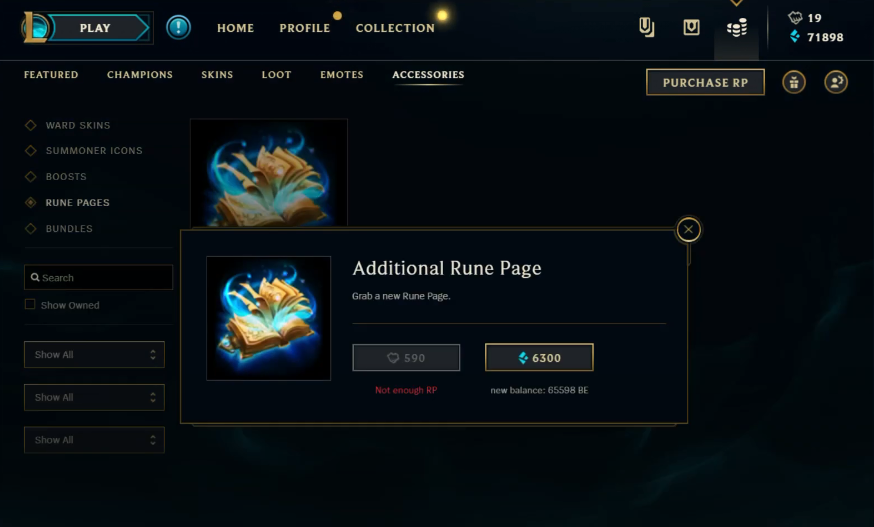 There is an official video in each rune branch, but don’t rely on it too much. The fact is that the developers released demo videos at the time of the runes update, but since then a lot has changed. Yes, what points remained the same, but still it is worth carefully reading the description of the runes. By the way, I still advise you to watch all the guide videos, since they give some understanding.

Any player has access to five preset rune sets. They cannot be changed at level 1. Players get the opportunity to make changes to these presets from level 11 (you can change the Key rune), from level 13 — you can change the rules of the Main path, from 15 — an additional one. However, these pages cannot be edited at the time of champion selection. 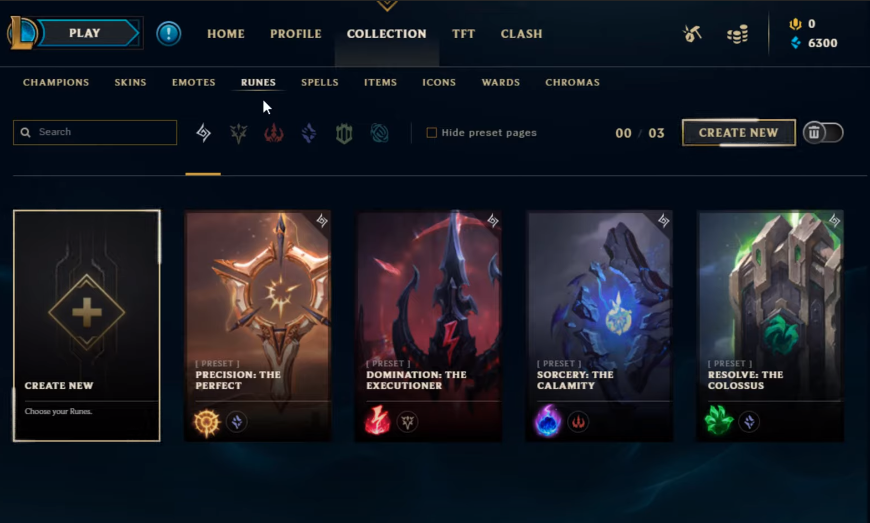 Before the redesign of the Rune system, each player had at least two Rune Pages and could buy additional Pages for 6300 IP or 590 RP. The old pages were moved to the updated system, and the players were compensated.

Before Rune rework, players could not have more than 20 Rune Pages. This limit has now been increased to 25 (presets are not counted).

Depending on the choice of runes, the style of play can vary significantly. Let’s present a short guide for players, which runes are best suited for which playstyle, and what is their main value.

The branch of runes in the League of Legends «Precision» is used mainly by shooters, and it will also allow you to fully reveal the potential of game characters who are focused on automatic attacks. 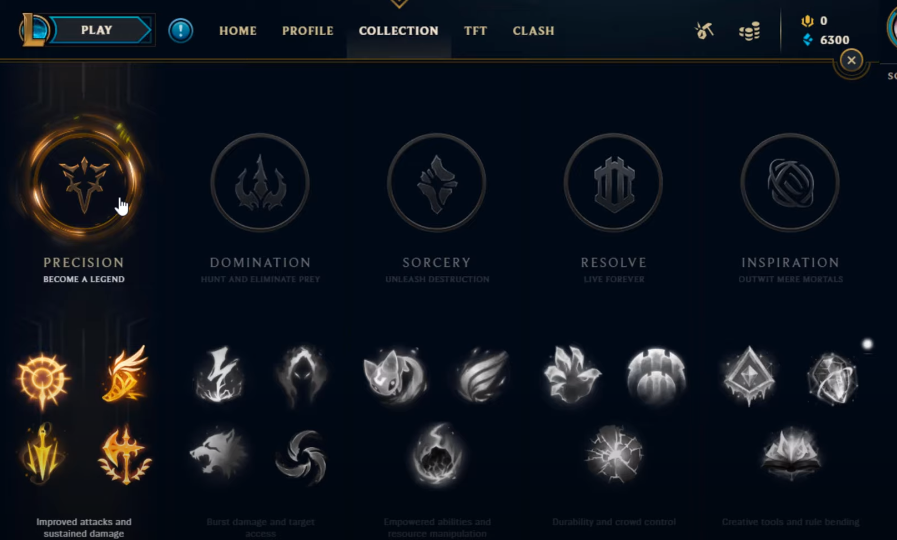 Regardless of the choice of additional path, all bonus combinations in the Precision add 18% attack speed.

The Domination rune branch should be chosen not only by assassins, who are capable of destroying an opponent in seconds but also by champions who prefer long fights. 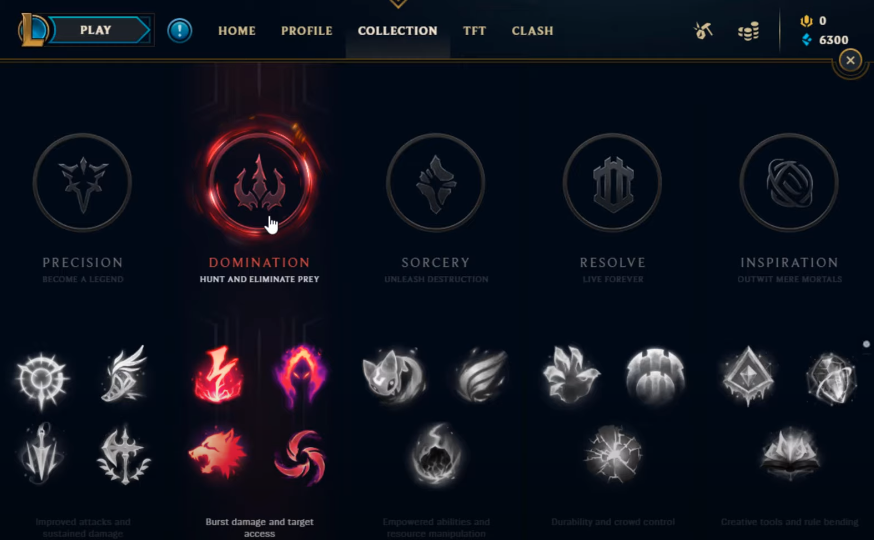 Regardless of the choice of the “Additional path”, all bonus combinations in the Domination branch add 11% to attack speed or 18 units to skills.

In the League of Legends game, the Sorcery runes are mostly chosen by magic heroes, and some supports endowed with magical damage. 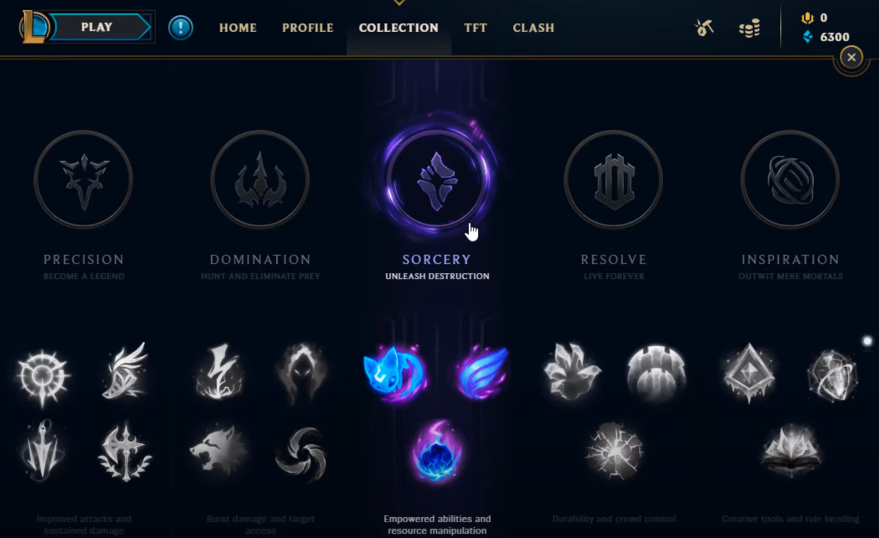 Regardless of the choice, all bonus combinations in the Sorcery add 15 adaptive attack power or 25 skill points.

The Resolve runes increase the champion’s defense, so they are very often used by various initiators and tanks. 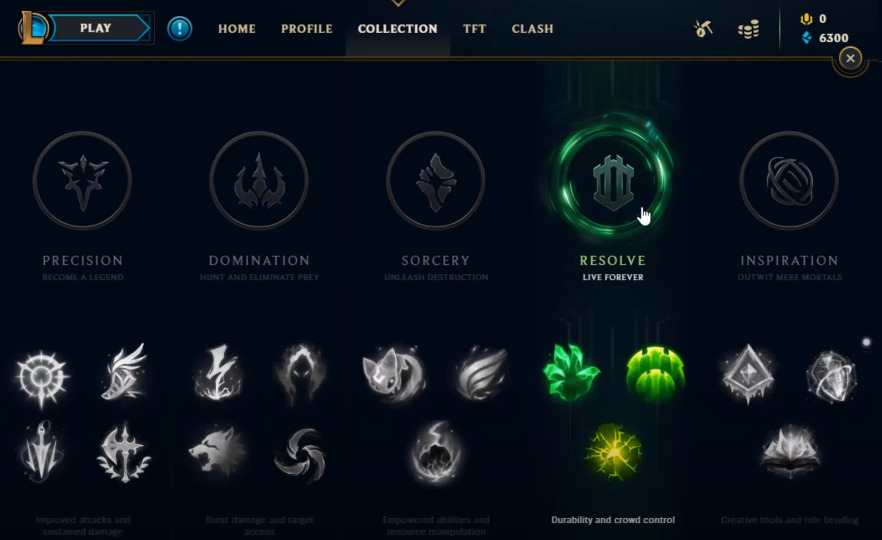 Regardless of the choice, the Resolve rune branch adds 130 health units.

The Inspiration runes increase the effect of elixirs and potions. Therefore, this branch is often chosen by mages and supports. 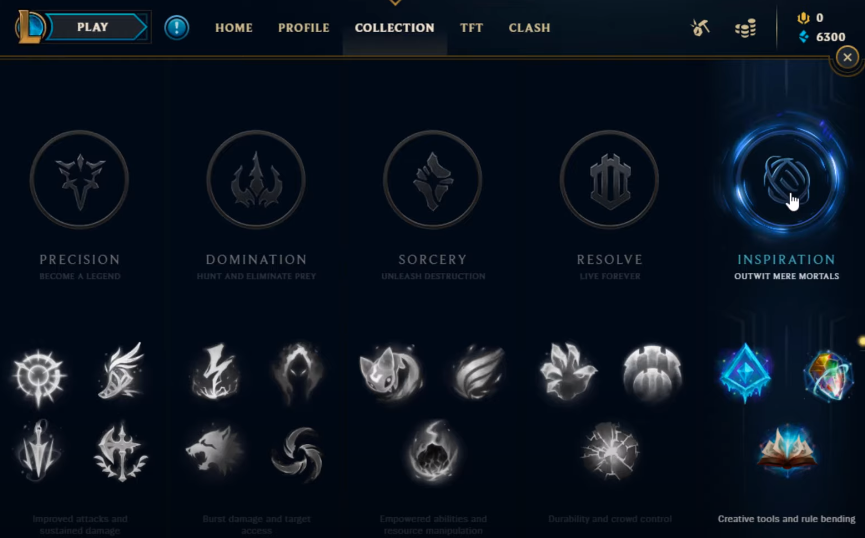 Regardless of the choice, the Inspiration rune branch prolongs the effect of potions and elixirs, as well as attack speed by 20%.