The gem is one of the currencies in the League of Legends game client, with which you can buy rare and exclusive content. Gems were introduced to the game economy with the V6.3 update.

Gems are used exclusively in Hextech Crafting and cannot be used in the regular Riot Store.

Where I Can Find or Earn Gems?

Gems can be obtained from Hextech Chests and Masterpiece Chests. The chance of a gem falling among loot is 3.6%. As compensation, for each chest that doesn’t contain a gem, this chance is increased by 4% (protection from failures also applies). 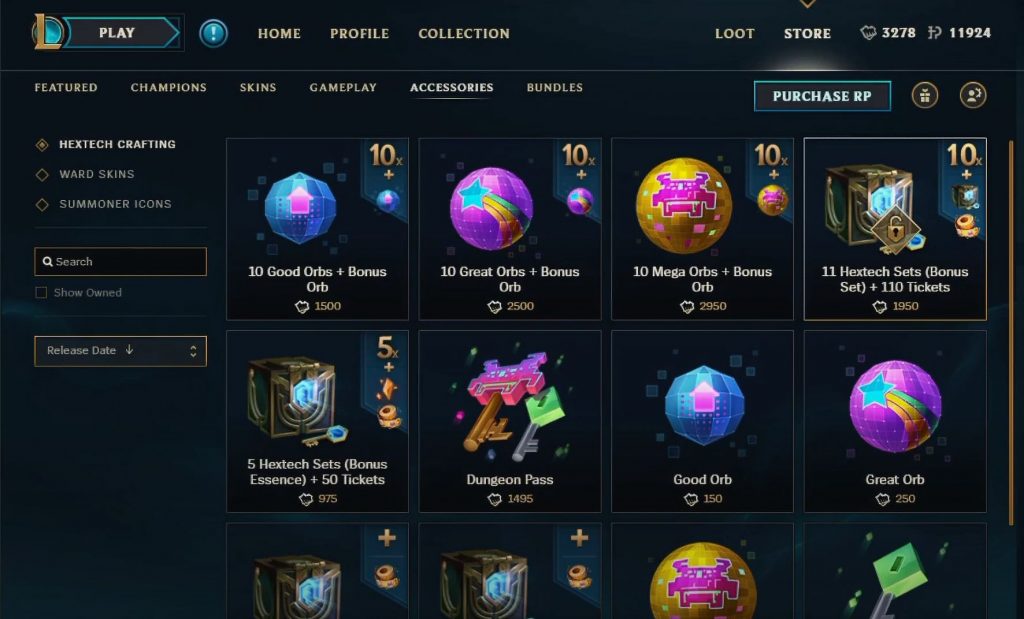 Starting at level 150, each next level 50 gives the summoner 1 gem.

Hextech Craft. What I Can Create?

Hextech is a magical thing. It’s actually a combination of magic and technology. If magical science is new to you, then hextech craft may seem daunting. But it only seems! We will now answer frequently asked questions. Want to know the meaning of terms?

How Do I Can Obtain Hextech Chest?

Where I Can Find Hextech Craft Window?

Hextech crafting uses a separate inventory that is different from your current inventory. You cannot spray on store-bought content, and anything you earn through Hextech Crafting can only be used once added to your personal inventory. This also means that new types of content will appear in the game, so we want to introduce you to new terms.

What Can I Find Inside Hextech Chests?

They are containers with all sorts of interesting things from the League of Legends store. You can get these cool things for free (of course, if you showed a really good game) or buy them in the store. Below is a list of items stored in Hextech chests, as well as the rules by which they drop. 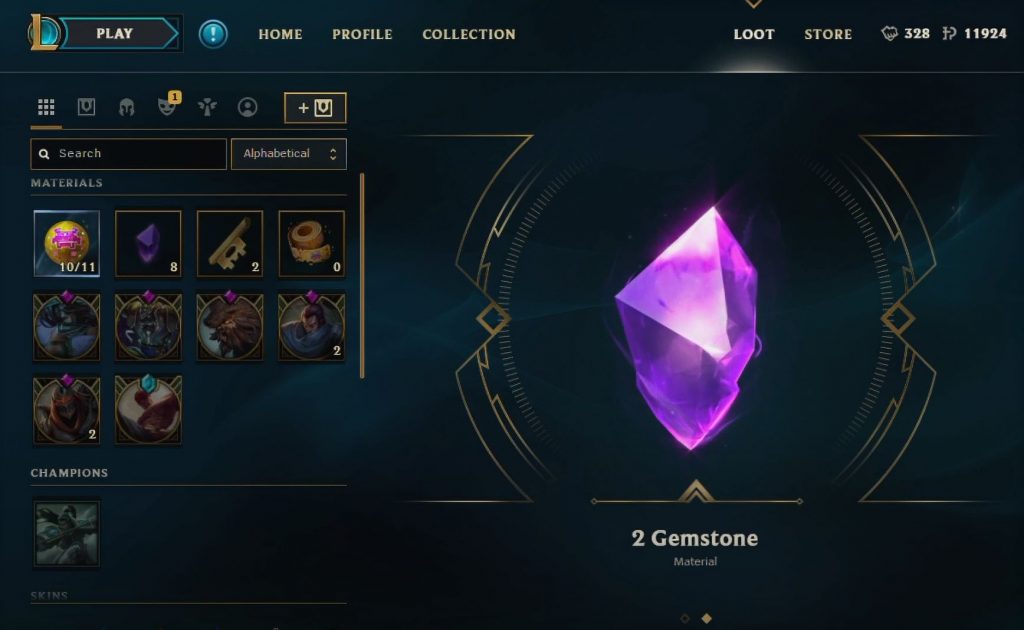 Also, Hextech chests can be purchased individually — for 125 RP (195 RP with a key) — or in a set (includes 11 chests and keys) for 1950 RP. Also, player can earn them while playing and earning an S grade from diverse Champions.

Currently, the Hextech crafting system has a few rules:

What’s Inside the Masterwork Chest?

All special rules also apply to Masterwork Chests (not counting content for individual champions). Thanks to the protection against bad luck, the chance of dropping shards of images are 71.94%. 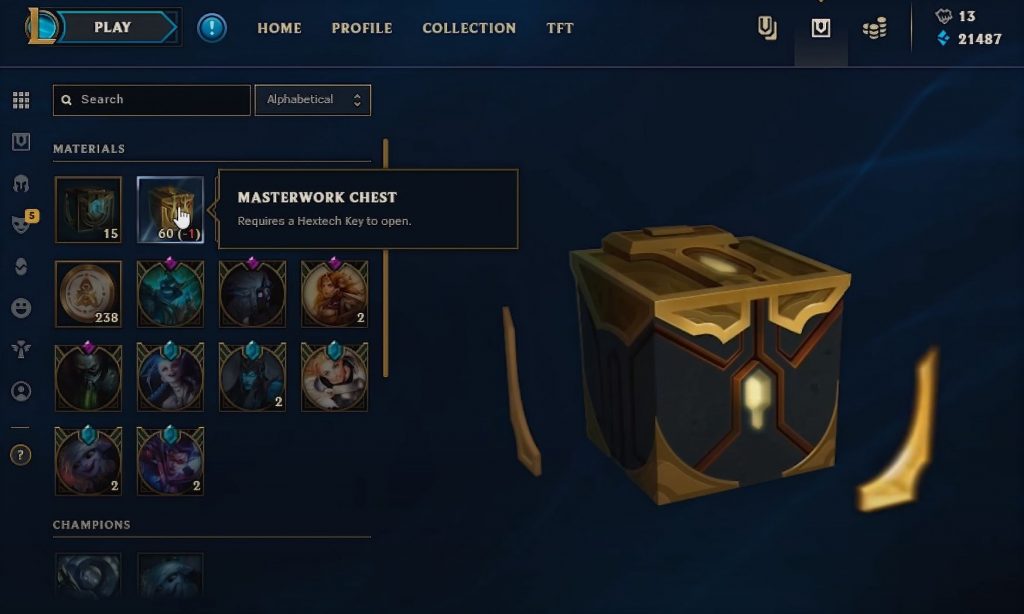 Why Chest Are Dropping Items That I Already Have?

The rewards from the chests are completely random, so you can find what you already have in them. We are considering various possibilities for using re-shards. For now, you can transform them to get content that you definitely don’t have, or spray them to create permanent content from the shards you don’t have.

Yes! But not all new content appears immediately in the Hextech crafting system, so we advise you to wait at least one day before running to open chests and transform all your shards in the hope of taking possession of the new product.

Why Do I Don’t Earn Chests?

There are several reasons why you may not receive chests:

How Does My Behavior Affect Earning Chests?

If the quick response feedback system punished you for bad behavior, then for a certain time you will not be able to receive chests and keys for games. The time during which you cannot receive loot depends on two factors: 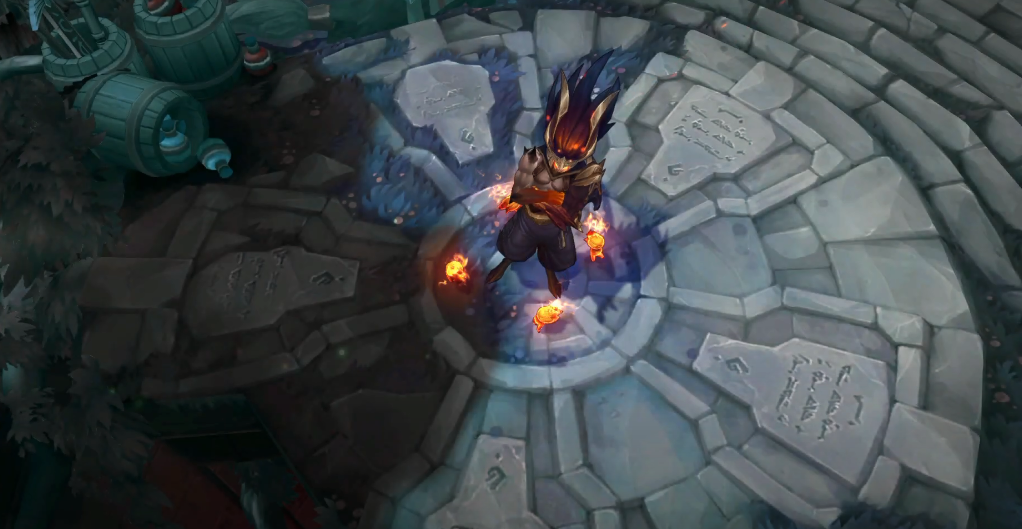 Learn more about restricting access to the crafting system here.

How Do I Can Stack Hextech Skins?

You can unlock exclusive Hextech skins (like Hextech Annie, Vane, Soul Eater, or Dreadnova Darius) by matching ten Gems. You also have the opportunity to earn these Skins by converting Skins Shards and Permanent Content!

How Can I Get Hextech Totem?

You can unlock the Hextech Totem by connecting five gems. It can also drop as an Image Shard during the transformation of Totem Skins and Permanent Content Shard!