What does dub mean in gaming? This is a question that is frequently asked by gamers who are looking to add a new level of excitement to their gameplay. While the term “dub” has multiple meanings, in this article we will focus on this term in the context of gaming. We will also provide you with some tips on how to dub in different gaming scenarios. Let’s get started!

Why Slang is So Widely Used in Gaming Community

The use of slang is incredibly widespread in the gaming community for a variety of reasons.

Slang terms are often created to simplify and speed up communication between gamers.

They can be used to describe complicated concepts in a concise way or to replace longer words and phrases that would be difficult to type out quickly in the heat of battle. In many cases, the meaning of a slang term will be immediately obvious to other gamers who are familiar with it, even if they’ve never heard the term before. This makes it an ideal tool for communicating with fellow gamers from all over the world. 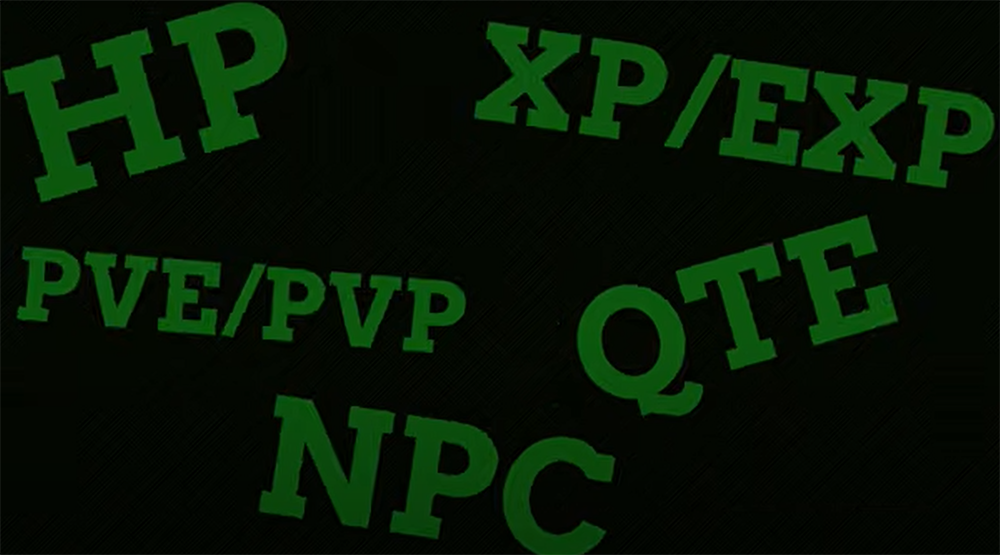 Another reason why slang is so widely used in gaming communities is that it can add personality and flavor to conversations. Gamers often use slang to show off their creative side or to make jokes with friends.

And lastly, using slang can make someone feel more like they belong to a certain group or culture. Different games have their own unique set of slang terms that are often used by the people who play them. But there are also general slang terms that are used in competitive play, such as “gg” (good game) or “wp” (well played). [1]

Whether you’re a seasoned gamer or just starting out, it’s useful to familiarize yourself with some of the most common slang terms used in gaming communities. Dub is actually one of them! But what does it mean exactly? Let’s find out!

The Origins of the Term Dub

The term “dub” in gaming actually has a very simple origin behind it. Of course, as with most things on the internet, people took this simple concept and ran with it.

Letter Double U, or W, is also called dub. Yes, that’s basically it for the origins!

It’s hard to say when “dub” got popularized in the gaming community. However, it’s safe to say that it has been around for quite some time. But it’s possible to connect the rise of its popularity with the release of the online game Fortnite.

The game Fortnite is a battle royale style game where the last person standing wins. The game is intense and can be quite stressful. If you’re new to the game, winning can be a bit overwhelming at first. There are so many things to learn and master! So, it’s no surprise that people started using “dub” as a way to relieve some of that stress and adrenaline.

When you “dub” in Fortnite, it means that you have won the match. It’s a simple victory cry that has become synonymous with the game. [2]

What Does Dub Exactly Mean?

In online gaming circles, the term became associated with winning, and so it became shorthand for “double win.” You may have seen people using W to describe a win, as well as L for a loss. Well, that’s just a different variation of this. The term is most commonly used in multiplayer games where people are trying to communicate quickly.

In online gaming, where two teams have to compete against each other, you may see a term “Dubnation” being used. This indicates that the user is supporting a team that is currently winning.

It’s also commonly used as an emoji, and you’ll see it in the comments of many Twitch streams or YouTube videos.

It’s not unusual to see people using dubs as a measure of success. For example, a person might say they have a “dub streak” going, meaning they’ve won two games in a row.

Term dub can also be used in sports the similar way. When a team wins against an opposing team, it’s called a “dub.” [3], [4]

Examples of the Gaming Communities That Widely Use This Term

Of course, the term is most commonly used in multiplayer games where people are trying to communicate quickly. We already brought up the example of Fortnite, but there are other games where you may see “dub” being used as well.

Some of the most popular games that use this term include:

These are just a few examples, but there are many more games out there that use this term. It’s become so commonplace that it’s hard to keep track of them all.

In general, you are likely to encounter this term in any competitive game where people are trying to communicate quickly. [2]

Besides ‘dub’, there are actually several more slang words used to indicate a win. Although they may be a little too oldish now.

Of course we shouldn’t forget the classic ‘W’ that created the slang “dub”. This was probably the most popular way to show off a victory in the early days of online gaming. It’s still used occasionally, but not as frequently as it once was.

‘GG’ stands for ‘good game’. It is commonly used after a match to show sportsmanship as a sign of respect to the other team or player.

It can also be used sarcastically and it could also mean ‘good going’ as in congratulations. Words rarely have one meaning after all!

These two slang words are similar to dub in that they indicate a victory. However, they are not used as commonly as ‘dub’ in online gaming circles since the slang changes rapidly, and some words just simply aren’t popular anymore. Nevertheless, it is still good to be aware of these other alternative words in case you do come across them while gaming online. [5]

The answer is yes. ‘Dub’ is simply an abbreviation for ‘W’. In the gaming world, a dub is a victory. It’s commonly used in multiplayer games such as Call of Duty, Fortnite or Apex Legends.

What does dub mean in Fortnite?

In Fortnite, “dub” is short for “victory”, as simple as that. When you see someone say “gg ez dub” in chat, they’re saying “good game, easy victory”. Of course, not every victory is going to be easy – but that’s just the way the internet works.

Useful Video: What is Dub?

So, what does dub mean in gaming? Dub is simply another word for win. When you dub someone in a game, you’ve beaten them and taken the victory. It’s a term that originated in competitive online gaming communities but has since spread to other corners of the internet. Now you know what it means and how to use it! Next time you trounce an opponent in your favorite game, be sure to brag by typing “Dub!” with pride.