Welcome to this guide for the GreedFall Drum Puzzle! This puzzle is a lot of fun and can be completed by anyone. If you have been wondering how to solve it, then you’re in luck. We will go through each step of the puzzle so that everything is clear and easy to understand. Let’s get started!

The game studio Spiders developed GreedFall, an action RPG published by Focus Home Interactive. The game is set in a fantasy world with an early 17th-century design and was released for Microsoft Windows, PlayStation 4, and Xbox One on September 10, 2019. A graphically enhanced version of the title was also released for PlayStation 5 and Xbox Series X/S on June 30, 2021 [1].

How Many Puzzles Are in GreedFall?

There are several side activities and some riddles that you will encounter as you go through Greedfall. The solutions to the main puzzles in Greedfall, listed below, are the major riddles you’ll face on your journey across the world. There are at least 2 difficult puzzles in this RPG game – the Stone Puzzle and Drums Puzzle. 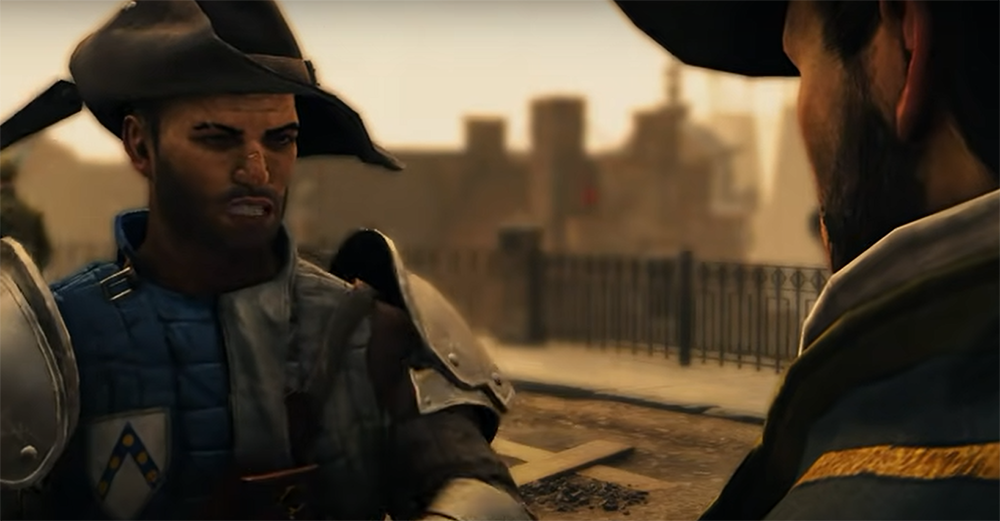 GreedFall Drums Puzzle Guide – How Should You Solve It?

GreedFall has a few riddles during certain maid and side activities. One of the tasks you will find in the game is “Face to Face With The Demon”. To try and discover a demon you saw in a vision, the players go deep into a marsh.

Head to the marshes and follow a hermit who will tell you about a few researchers who had come to explore the region.

Go to the mission marker and spend some time exploring each highlighted area. Make sure you fully investigate the region. There is a chest with two items inside that you may discover as a result of your exploration. A journal and a demonic potion are both required to finish this challenge, so go back to the old man who will answer your queries before leaving.

He’ll show you where to go right now. Find the drums he requested you to play in the middle area. It’s critical that you play each drum once, or the sequence will break and you’ll have to fight a mob to try again. 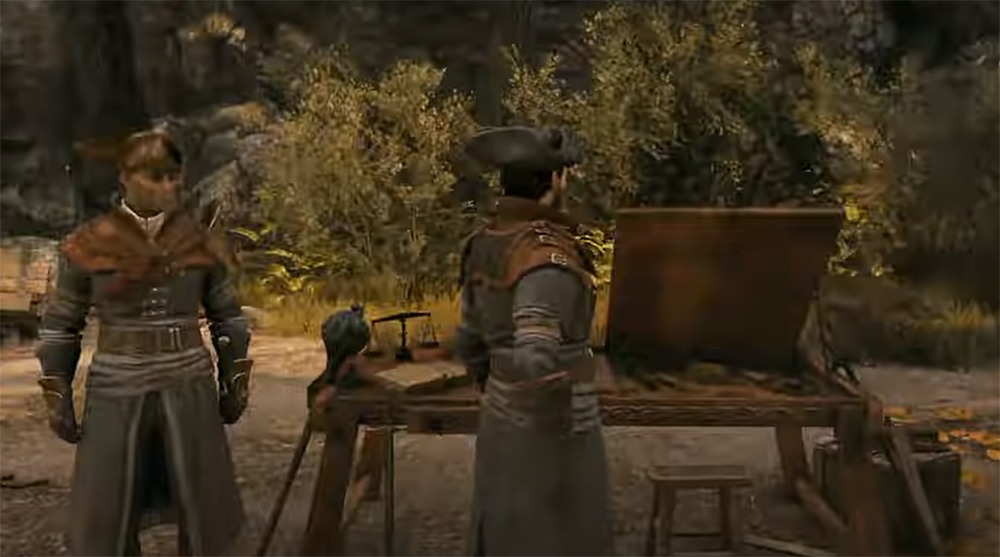 The following are the drum orders you must follow to solve the puzzle:

At this point, you may move on to the next stage of the quest. This is the conclusion of the GreedFall “Face to Face With The Demon” Drums solution guide [2].

1. How many hours is GreedFall?

It depends on your playthrough style. In a simple playthrough, where you’re just doing the side quests that pique your interest, you may decide to date a companion and finish all of your party members’ personal goals. Reloading saves to try out various methods to quests or attempting to nudge that charisma check will add anywhere from five to ten additional hours depending on how much time you spend looking around. A typical playthrough will last about 35-40 hours.

If you want to finish every side quest, look at every nook of the map, and even earn some Steam achievements, you’ll be invested over 45 hours in GreedFall [3].

2. What is the main storyline of GreedFall?

A fantasy island paradise was discovered by colonial forces from different nations located in fictitious magic places inhabited with monsters.

All players take on the role of De Sardet, a neutral Human who has recently arrived on the island and can join sides with either the natives who live there or any of the foreign nations attempting to conquer and colonize “new” territory in order to find a cure for a mysterious disease that ravages De Sardet and their country.

The Merchant Congregation De Sardet, a nobleman of the aristocracy, is preparing to go to Teer Fradee to serve as Legate to Prince Constantin d’Orsay, his cousin and the recently-appointed governor of New Serene, the Congregation’s capital on the island. The Congregation is hoping that visiting Teer Fradee will provide a cure for the malichor virus, which has caused widespread devastation across Europe.

The expedition departs from Teer Fradee and De Sardet is dispatched to build ties with the island’s native people and two neighboring countries with established outposts on the island. De Sardet establishes several new allies while also learning of the doneigada, supernatural beings that have a mystical connection to the earth and give them special powers.

3. Is GreedFall a great game?

GreedFall is Spiders’ best game by a long shot, and it’s incredible how far the developer has come in such a short time. With an intriguing world, likable characters, and unassailable gameplay, it successfully fulfills that BioWare itch. GreedFall’s fantastic backdrop is not enough to compensate for the lack of originality.

Its combat is adequate but not exceptional, its role-playing is decent but limited, and its writing is competent but at times boring. GreedFall is on the verge of being something remarkable. RPG fans will discover a lot to enjoy about it but don’t expect it to be the genre’s next masterpiece [5].

4. Was GreedFall a success?

Greedfall was also nominated for Best RPG at the 2019 Titanium Awards, Best Message-Bearer Game, Best Artistic Design, Original Role Playing at the NAVGTR Awards, and Best Setting of 2020’s Pegases Awards by some organizations. It did not win any of these honors. While the game has generally positive reviews, many players’ comments indicate that Spiders took on more than they could chew with Greedfall [6].

Greedfall explores themes of colonialism and humanity’s past, taking place in a world where humans have gone before. The game hasn’t even been out for a year yet and is already one of the more realistic RPGs on the market, which is why it remains such an under-the-radar gem. However, the appeal of survivalist games set in a more realistic historical period is on the upswing. It’s possible that Greedfall’s time has come [7].

6. What is the max level in GreedFall?

The game developers have informed you that you’ll most likely complete the game at level 40, or have the option to do so. Because it’s an open-world game, you may go down any route you choose and perform every activity available to finish the game however you want. Depending on the degree of difficulty you’re playing, you’ll feel more confident about facing the many foes and objectives in a game.

The maximum level in the game is 90. However, if you want to achieve this level, you should avoid finishing the final quest. What you must do is avoid completing the final quest and continue grinding against a variety of NPCs’ spawns. However, you’ll notice that the foes do not scale with your level, making them simpler to destroy as you advance [8].

7. Is Greedfall similar to Witcher 3?

Greedfall is a stunning game that even compares to The Witcher 3. In fact, the characters and environment appear to have been created with the same artistic style as that of CD Projekt Red’s masterpiece. The music matches the game’s atmosphere well and compliments it.

Despite the fact that, as previously stated, several main missions and companion missions may have various outcomes depending on your options, they are few and far between. In comparison to contemporary open-world standards, Greedfall’s quest design glows just as bright as in The Witcher 3.

The game is like an open-world approximation of the original, with all of its main components intact. Every side quest and companion assigned task are notably unique, requiring careful study. You’ll be moving from one person to another in most cases to solve a certain issue before coming up with your own solution.

The crafting and alchemy systems somewhat compensate for the combat’s limitations. Armor and weapons may be improved with up to three modifications from a much larger set of options. These frequently improve your character’s attributes, such as lock-picking skills, vigor, and so on.

Greedfall, like other contemporary role-playing games, has 3 distinct skill screens. One depicts combat abilities, one attribute, and the third skills highlighted above. These can have a variety of impacts on the game, including equipment compatibility and unique actions and conversations in social interactions [9].

8. What are the difficulty levels in GreedFall?

GreedFall has 4 difficulty levels, which are all accessible immediately after starting the game (from the main menu):

Also, keep in mind that:

Completing the entire game on an Extreme setting is rewarded with a “The harder, the better” achievement. Additional achievements are not granted on lower difficulties. You will earn the same trophies regardless of the difficulty setting you to pick.

You may alter the difficulty level at any time from the pause menu. You will lose the opportunity to obtain this trophy if you play in a higher-difficulty setting than Extreme. There are no penalties for switching to a different challenge level for other difficulties levels [10].